About 10 years ago, the mother of three was bucked off her horse after the animal’s bit, which helps the rider control a horse’s actions, pinched its lip — sending the horse into a frenzy.

“My head bounced like a basketball on concrete,” Kim said.

Then, on a foggy morning nearly five years ago, while she was driving her daughter to kindergarten, a truck collided head-on with Kim’s vehicle, clipping her left-front bumper, sending her car spiraling and leaving her with a herniated disk, pinched nerves and whiplash.

Kim’s two instances of fate likely left her with a debilitating neurologic condition that affects many people — migraines.

According to the Migraine Research Foundation, nearly one in four households in the United States includes someone with migraines. It is estimated that 39 million men, women and children in the U.S. suffer from this neurological disease.

Although Kim physically recovered from both accidents, she experienced migraines that left her in so much agony she could barely walk.

“I’d rather birth 10 kids than have a migraine,” she said. 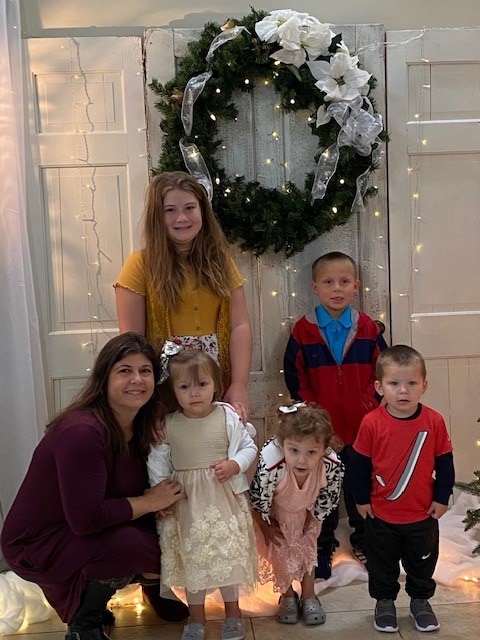 Kim’s pain radiated from the back of her neck to her temples. Oftentimes, she experienced vomiting and other discomfort for three to four days in a row.

During this dark period, Kim sought the help of a neurologist and was prescribed medication, but to no avail.

For over a year, Kim, a surgical coordinator at UF Health, explored other options. In September of 2020, she learned about migraine surgery performed at UF Health Plastic Surgery and Aesthetics Center at Springhill – coincidentally, situated one floor above where she worked.

“I finally found something that could possibly fix the issue,” Kim said.

Migraine surgery is an alternative for patients with chronic migraines who have found no relief from nonsurgical treatments. Surgery focuses on decompressing or removing small nerves near specific areas of the head where a migraine starts before it spreads.

Kim scheduled a consultation with Harvey Chim, M.D., FACS, a UF Health plastic surgeon who specializes in peripheral nerve surgery. On the basis of Kim’s history and as a result of her physical exam, Chim, an associate professor in the UF College of Medicine, surgery was recommended to relieve pressure on the greater occipital nerves at the back of her neck.

On Oct. 21, 2020, Kim underwent outpatient surgery, where Chim discovered that both greater occipital nerves at the back of her neck were severely compressed and damaged, likely caused by the trauma inflicted from both accidents and the culprit of her migraines.

Since her surgery, Kim’s quality of life has improved. She’s suffered only occasional headaches that she said are tolerable and fade away with oral medication.

If you or a loved one are experiencing chronic migraines and have tried nonsurgical treatments that have not been effective, schedule a consultation with the UF Health Plastic Surgery and Aesthetics Center – Springhill.