Hemodialysis is a lifesaving procedure, but it has its own share of difficult complications and side effects. One is steal syndrome, a poorly understood phenomenon associated with the creation of a fistula for hemodialysis access.

Hemodialysis access-related hand ischemia or ‘steal syndrome’ causes problems such as hand numbness, pain, coldness and weakness, as well as significantly reduced blood flow/pressure to affected tissues. In extreme cases, it can cause tissue death (gangrene), which may lead to the loss of fingers.

Salvatore Scali, M.D., FACS, an assistant professor in the division of vascular surgery and
endovascular therapy, holds a K23 award from the National Institutes of Health for his work investigating steal syndrome. Under the mentorship of Scott Berceli, M.D., PhD, a professor in the same division, Dr. Scali has launched a clinical study to evaluate dialysis patient hand function, circulation and neuromuscular physiology before and after fistula creation.

He hypothesizes that the long-accepted explanation of this condition’s cause — that the fistula “steals” blood from the hand and/or forearm — is only part of the story.

“That is oversimplified dogma,” Scali said, “however, because nobody’s really investigated this question from an alternative perspective. (That) is where we come in.”

Scali hopes the study, which has 33 people enrolled so far, will shed light on any pre-existing problems that may set the stage for ‘steal syndrome’.

“While it’s most likely modulated by the changes in blood flow that occur after fistula placement, these patients frequently have a baseline level of neuromuscular dysfunction that is influenced by comorbidities such as renal failure and diabetes.”

Coupled with reduced blood flow to the area, the pre-existent neuromuscular dysfunction “may lead to a maladaptive postoperative response,” Scali hypothesizes.

He calls the condition “access-related hand dysfunction,” and said UF Health is a major referral center for patients with this and other complications related to hemodialysis access.

“We do a lot of remedial operations for the patients. We are able to achieve reasonable results in a majority of patients. However, there is a certain subset of patients that no matter how much you correct the circulation, they don’t get return of their hand function,” Scali said. “We believe that’s one of the things that bolsters the hypothesis that ischemia’s not the only explanation. It’s an important modulator of the process, but it doesn’t give you the entire picture of what’s going on with these patients.” 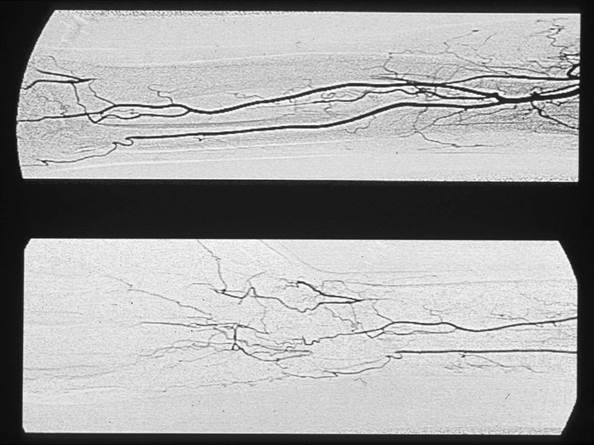 Learn more about other UF Department of Surgery’s research efforts.