When EMS arrived at the scene of Matthew “Matt” Benavidez’s motorcycle crash, authorities pronounced him dead. On Nov. 7, 2020, an SUV ran a flashing yellow light on University Avenue in Gainesville and slammed into the right side of Matt’s motorcycle. His contorted and mangled body lay across the asphalt. A fractured skull. Three brain bleeds. Collapsed lungs. Broken ribs. A broken neck. A broken nose. A broken jaw. A broken ankle. A broken sternum. A bruised heart. 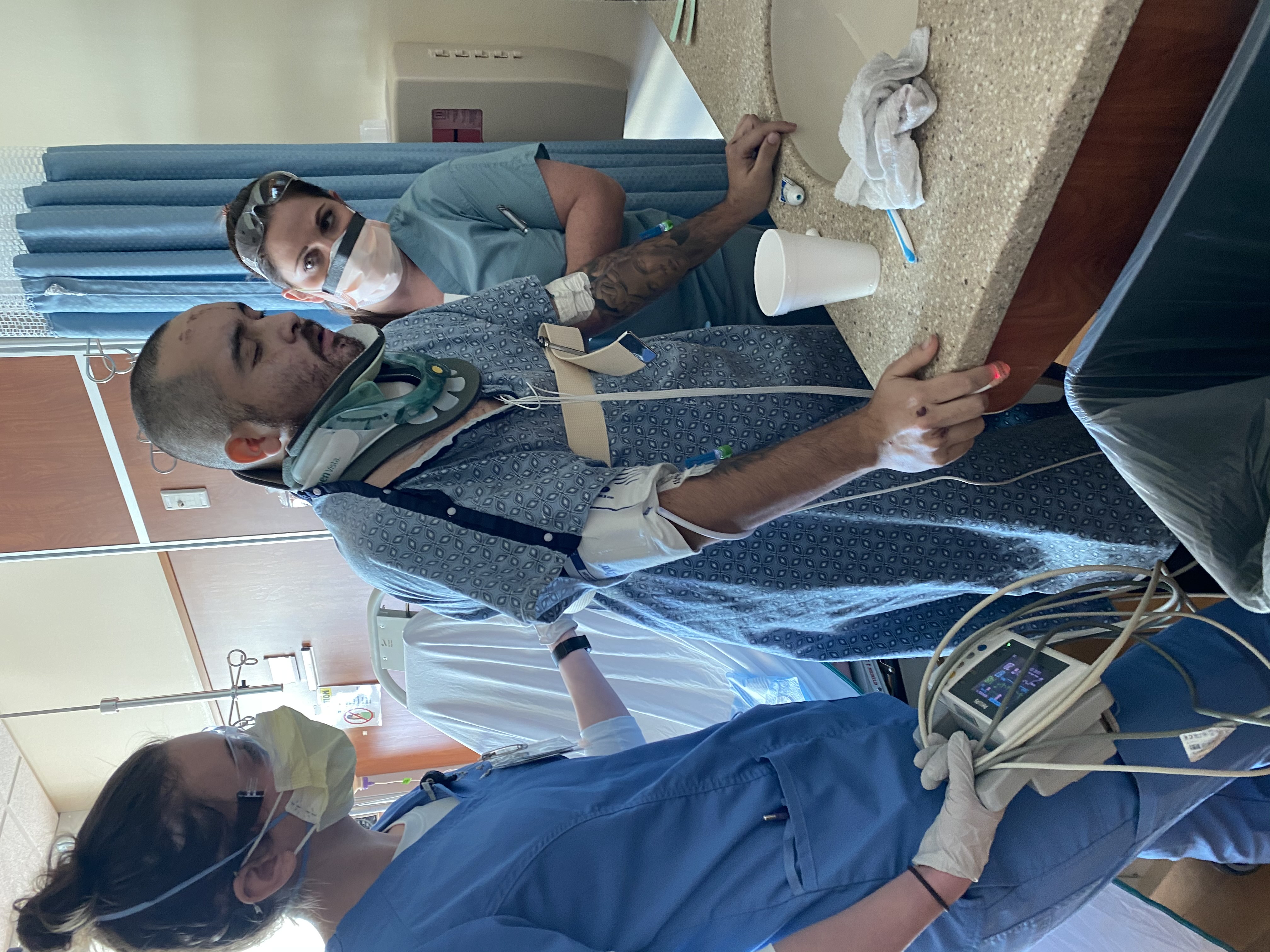 And then — a faint pulse.

Back in Matt’s home state of Colorado, authorities knocked on his parents’ door to share the grave news. His mother was asked to confirm a tattoo on his thigh that, fittingly, read “die later.” With just the clothes on their back, Matt’s mother, stepfather and aunt made the four-hour drive to the closest airport, in Denver, booking a flight during their frantic drive.

At the crash site, Matt’s “golden hour” had begun. The term is used in the medical profession to describe the limited time in the instance of traumatic injuries to assess what needs to be done to give the patient the best chances of survival. Because Matt suffered significant facial injuries, paramedics onsite performed a cricothyrotomy, a surgical procedure where an incision is made in the throat to create an airway.

Matt, a pre-med-track senior studying Health Education and Behavior at the University of Florida, was transported to the UF Health Shands Trauma Center, where his care team, including board-certified trauma surgeon Martin Rosenthal, M.D., FACS, acted quickly to stabilize him. While on the operating table, Matt suffered a stroke, but doctors would not know the extent of the damage until he woke up.

“Matt suffered a severe polytrauma that oftentimes doesn’t end well,” Rosenthal said. “The trauma team is made up of medical students, an intern who notes everything that happens in the trauma bay, a second-year resident who checks for internal bleeding using ultrasound technology and a chief resident who usually performs a full assessment of each trauma patient. My role is to command the ship and control the room so that we may understand extreme physiology, assess for signs of hemorrhage and piece together injury patterns in a very, very limited time frame.  Every patient is different, but the care, speed in which we assess them and lifesaving procedures we perform remain the same.”

For 12 days, Matt remained in a coma on the trauma unit. With COVID-19 protocols in place, only one visitor was allowed to stay by Matt’s bedside —  his mother. In retelling his story, Matt recalled that when his mother saw him for the first time, she said he was unrecognizable. Matt’s critical care team checked on him around the clock, closely assessing his neurologic improvements and other vitals. 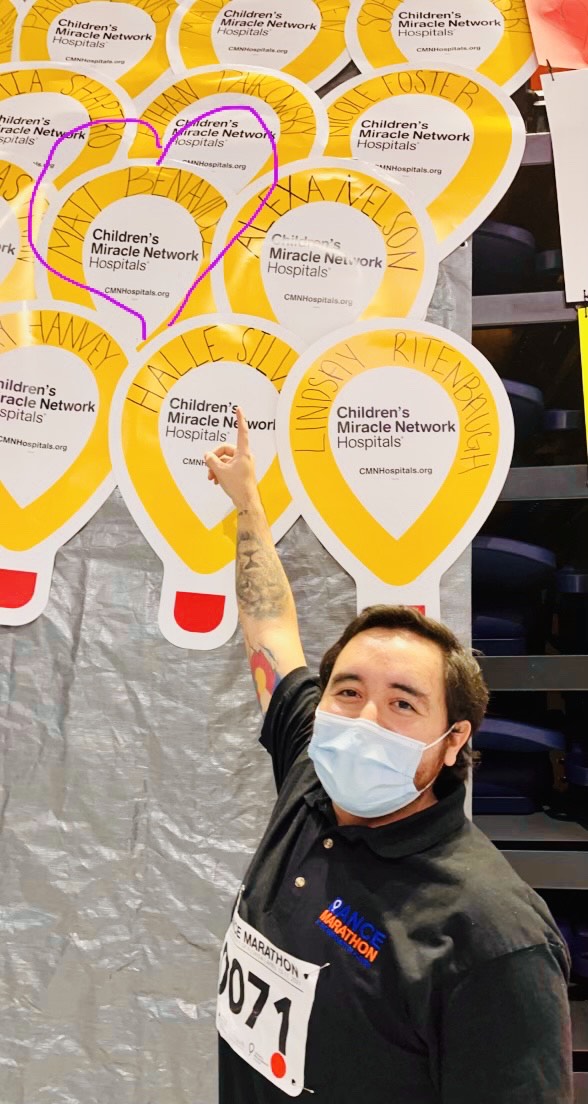 Days into his stay in the trauma unit, doctors decided the time had come to talk loudly and see his response. Clinicians said, “Move your leg.” “Move your hand.” It wasn’t until Matt’s mother said, “Matthew, it’s mom. Grab my hand.” He squeezed his mother’s hand — the first sign of improvement.

For 32 days, Matt recovered at the UF Health Shands Rehab Hospital for speech, physical and occupational therapy. Although Matt suffers from memory loss, he has made tremendous strides physically and was cleared by his care team.

Matt, an ambassador for Dance Marathon and team captain for his fraternity, was named the 2020-2021 Ambassador of the Year and raised $16,100 for this year’s marathon.

Matt’s story has also come full circle — starting as a trauma patient and, as of May, interning at UF Health with pediatric and adult trauma, and emergency medicine. Matt aspires to be a critical care anesthesiologist.

“I love the fact the Matt wants to do critical care anesthesia at UF because, as a board-certified intensivist and faculty for ICU fellowship myself, I will look forward to training him in our critical care fellowship, which will open up the next chapter in his young life and career,” Rosenthal said.