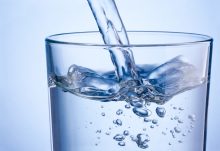 A quality improvement initiative at UF Health Shands Hospital has led to a significant drop in the length of stay and readmissions among ileostomy patients. The intervention specifically targets dehydration, a common complication experienced by this group of patients.

“From the literature, we know that colorectal surgery patients, in general, have poorer outcomes, longer length of stay, higher associated health care costs, greater morbidity and higher infection rates than general surgery patients,” said Atif Iqbal, M.D., an assistant professor in the University of Florida College of Medicine’s division of general surgery. “Patients with ileostomies are at the highest risk for complications within that group.”

In ileostomy patients, dehydration occurs when the body is unable to absorb enough fluids and electrolytes through a shortened digestive tract.

Iqbal, Sanda Tan, M.D., Ph.D., and a group of colleagues launched a project that included 180 patients who underwent ileostomy procedures between 2011 and 2016. The team sequentially implemented a three-part intervention that included a series of post-operative phone calls; enhanced recovery after surgery, or ERAS, specialized order sets; and early discharge protocols.

You have to reach the patient before they get to the point of dehydration,” said Tan, an associate professor in the division of general surgery. “If you can catch them early enough, you can stave off problems. Once they become dehydrated, there are numerous complications that can occur — from nausea to kidney damage.”

In 2011, 65 percent of post-surgery ileostomy patients were readmitted to the hospital due to ileostomy-related complications — dehydration was the main cause in 80 percent of the cases. The average length of stay was 17 days upon first admission and 13.7 days for readmission.

By 2016, patients spent an average of five days in the hospital and 3.8 days per readmission, and the readmission rate dropped to 20 percent. Additionally, the main cause of readmission is no longer dehydration — that number dropped to 12 percent.

At the start of the project, patients received daily phone calls from a provider for 21 days after discharge, including counseling and medication adjustments for high ileostomy output. Patients answered a series of health-related questions, providing information about their weight, fluid intake and output and medication use.

Additionally, under the early discharge protocol, all patients with ileostomies receive a PICC line for IV infusion — 1,000 milliliters of fluid per night — upon discharge. Those orders are discontinued once the patient achieves a positive fluid balance.

The team is working on an app that will help ileostomy patients keep track of their fluid intake and output, providing real-time feedback and automatically sending updates to the appropriate physicians.

“The patient will get feedback from the app with a warning that they’re headed for dehydration and instructions to avoid that complication,” Iqbal said. “We hope this application will help us, as providers, communicate with our patients more effectively and identify folks who may fall off the grid sooner.”