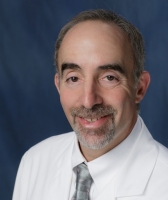 Bruce Mast, M.D., FACS, professor and chief of plastic and reconstructive surgery at the University of Florida College of Medicine, has been appointed interim chair of the department of surgery.

He replaces Kevin Behrns, M.D., who previously held the position since 2009.  Behrns joined the UF College of Medicine in 2005 as chief of the division of general surgery, residency program director and vice chairman of the department of surgery. Behrns will take over Jan. 1, 2017 as vice president for medical affairs and dean of the School of Medicine at Saint Louis University.

“I am deeply humbled and honored to serve as the interim chair during this transition period. Under Dr. Behrns’ leadership, the department of surgery has seen tremendous growth in quality-centered patient care, learner-focused education and unprecedented productivity and funding in research,” Mast said. “I look forward to working with the large number of talented and dedicated faculty to assure the department’s continued growth as well as its continued contribution to the success of UF Health and the College of Medicine.”

In 2013, he was appointed as deputy editor-in-chief of the journal Annals in Plastic Surgery. He serves in leadership roles in a number of regional and national plastic surgery organizations. He has won several exemplary teaching awards and is the editor of a textbook, “Plastic Surgery: A Practical Guide for Patient Care,” which is currently in production.